The London Borough of Southwark recognised the need for renewal in the Bermondsey Spa area, located near to the River Thames and Tower Bridge.

Hyde worked with a number of partners, including Southwark Council, taking a holistic approach to the regeneration of Bermondsey Spa, based on three main objectives: 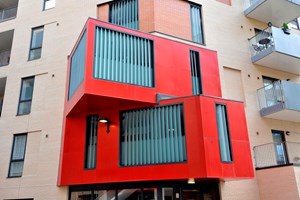 The regeneration masterplan was designed by architect Levitt Bernstein in 2000, with 15 key sites identified for development across 20 hectares.

As part of these plans, three 1950s blocks of flats were to be demolished and new affordable housing, commercial premises, public space and community facilities built in their place.

Construction began in 2003 at Artesian House and is ongoing. In total, regeneration is expected to deliver about 2,000 new homes, with more than 40% being affordable.

What has been achieved?

The regeneration of Bermondsey Spa has transformed it from an area in decline into a highly desirable place to live. Testament to the project’s success is the fact that there are now more than 15,000 residents living in this vibrant community, enjoying an eclectic mix of restaurants, shops and busy weekend markets.

However, it was not a question of ‘out with the old, in with the new’. Many people living in Bermondsey Spa consider themselves ‘Bermondsey people’ and were concerned that their heritage, way of life and community would be changed by regeneration and the arrival of new residents.

As a result, it was very important for London Borough of Southwark and Hyde to be sensitive to the wishes of tenants and the community. Robust efforts were made not to push out established residents in favour of new homes and people. Regeneration has, in fact, delivered a net increase in the number of affordable homes. 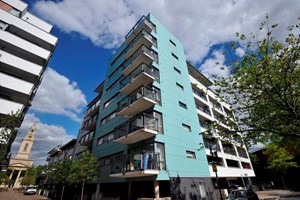 Regeneration has also stimulated the local economy, creating conditions for business to take root and flourish, including traditional Bermondsey food and drink production, which forms a significant part of the new business environment. So, while the jam and custard tart factories of ‘old’ Bermondsey may have gone, the microbreweries and cheese shops are thriving.

In an area with a rich heritage, there will always be a bedding-in period while the new community puts down roots. Over the coming years, this process will ensure regeneration leaves a truly lasting legacy.