It was an impressive growth rate and the association was already far exceeding the original aim.

Rowena Field, author of The History of Hyde Housing, 1977

By this point, Hyde had expanded into all of South East London, focusing on Greenwich, Lewisham and Southwark.

1974: the Housing Act introduced significant government funding for housing associations, allowing them to use this money to develop social housing for the first time. The Housing Corporation was established to regulate and fund the sector, as well as encourage its growth, ushering in an era of huge expansion, for Hyde and the housing association sector. By this point, housing associations owned 2.5% of rented property in the country.

1974-1980: during this time, Hyde focused on the modernisation and conversion of existing houses, and building small scale, new schemes. This complemented the work of local authorities which concentrated on the development and management of large scale estates. By 1974 Hyde managed 1,500 homes. 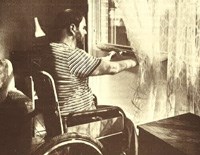 1975: Hyde completed its first major, new build housing scheme, Hillcrest in Sydenham, providing 100 homes comprising two and three bedroom flats, as well as maisonettes. This was the first time a major housing association had developed such a large scheme. It was also a pioneer in introducing specialist housing for people with disabilities.

By this time Hyde was firmly on the map with a growing reputation and as invited by the Department of the Environment to regenerate the Derby Road area in Southampton, the beginning of its presence there.

1977: Ron Tedman, one of Hyde’s longest serving members of staff, marked Hyde’s 10 year anniversary with a speech to his colleagues.

When I joined Hyde in late 1971, the association had already established its first office over the top of the Key Supermarket in the Leegate Shoping Centre. This was a major step having graduated from the ping pong table of the local surveyors offices, Watts & Pelling. My early recollections were of high energy and commitment demonstrated by that office. Our growth was about to take off and there was an air of expectation coupled with a unique satisfaction of seeing people faced with intolerable conditions being given a start in a new home.