Hyde is a great place to work and has an awful lot to offer – it has proven that it cares for its staff. 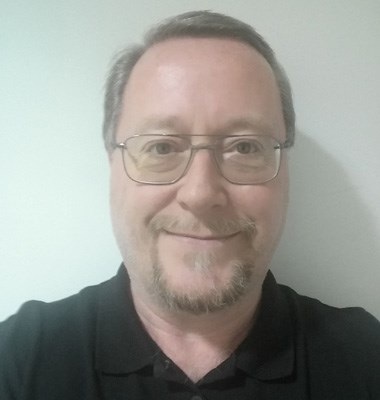 Robert Wood’s ‘Hyde journey’ has taken him from the front line, as the first point of contact for customers, to testing the software all staff use to do their jobs every day.

Always the Customer Service Team’s ‘go-to-person’, he was given a ‘succession management’ opportunity to help Team Leaders develop and train staff through mentoring and assisting them to use the systems more efficiently.

Robert was seconded to different parts of the business between 2011 and 2016 which, he says, was ‘instrumental in learning more about Hyde’.

A three-month secondment within the Home Ownership Team saw him initially dealing with simple issues and later handling more complex leaseholder enquiries and liaising with solicitors. He was also seconded to the Complaints Team where he helped resolve long standing repairs complaints.

In 2013, when we went through a further reorganisation, Robert was made an Acting Customer Service Team Leader where he ensured that 14 inexperienced new recruits were ready to take on a significant increase in customer calls.

Robert says: “Not only is Customer Services a great department, it is also a fantastic training ground for the rest of the organisation and it has  taught me a lot about dealing with problems.

“You have to keep calm. If you don’t, you’ll come across as aggressive and annoy customers and colleagues. I’ve learned to take a step back, listen carefully, review the situation thoroughly, and then work out the best way forward.”

He explains how he progressed from Customer Service to his current role of IT Test Analyst: “I was always the first person called upon to carry out user acceptance testing because I knew about company procedures and with an IT background in my previous career,  I knew about software.”

When a full-time role for a Test Analyst was advertised within the IT Team, Robert jumped at the opportunity and was successful.

He is now part of a team of six, including three other analysts. “My team is so supportive. We’ve got great camaraderie - we’re always talking,” he says.

The IT Test team is responsible for testing every piece of software to ensure it works correctly before it is given to our staff to use.

“Everything has to be tested and upgraded regularly to ensure it is fit for purpose.  This means people’s day to day roles are not disrupted as a result of software being installed or updated,” he explains.

Robert loves his job because he gets to use his IT skills again and apply them within an organisation he now knows really well. “For me, it’s about being very methodical and adapting tests so they mean something in the real world. I enjoy that.”

His advice to new starters and those looking to progress within the organisation is not to be hasty.

“First get to know the company, and then find out what your passion is. Hyde is a great place to work and has an awful lot to offer – it has proven that it cares for its staff.

“It also has an excellent programme of improvement including training, mentoring, secondments and opportunities to work on interesting and high profile special projects.”

This year Robert hopes to attain his professional testing qualification - BCS ISTQB Software Testing Foundation. “I like the job, I like my team and I like the organisation - I’m very happy where I am,” he says.